Sweden – Norway – Denmark
The second tour:
Sweden’s west coast and the crossing of the Norwegian mountains. 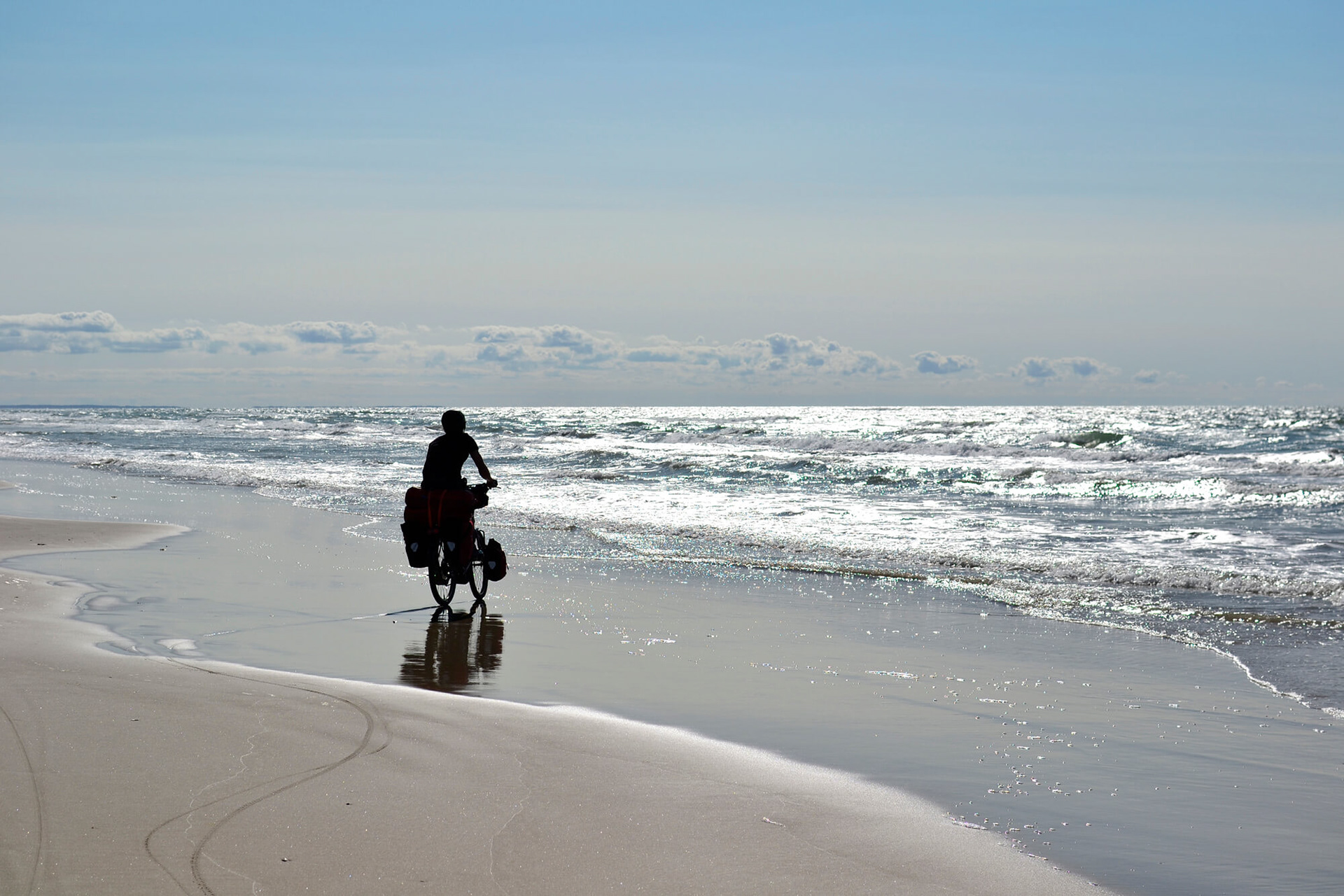 Sweden
We started our second tour in summer 2018. This time with one month off, we wanted to cycle to Bergen, Norway. We took the ferry from Travemünde to Malmö like two years ago, but this time we followed the Swedish west coast. Starting in Malmö, we followed the beautiful »Kattegattleden«. This scenic route is a part of the North Sea Cycle Route, and passes many beautiful villages and beaches. The »Kattegattleden« ends after 395 kilometers in Gothenburg, which impressed with its cinnamon buns »kanelbullar« and a beautiful old town with brick houses. Here we spent three days and then drove on to the Norwegian border. 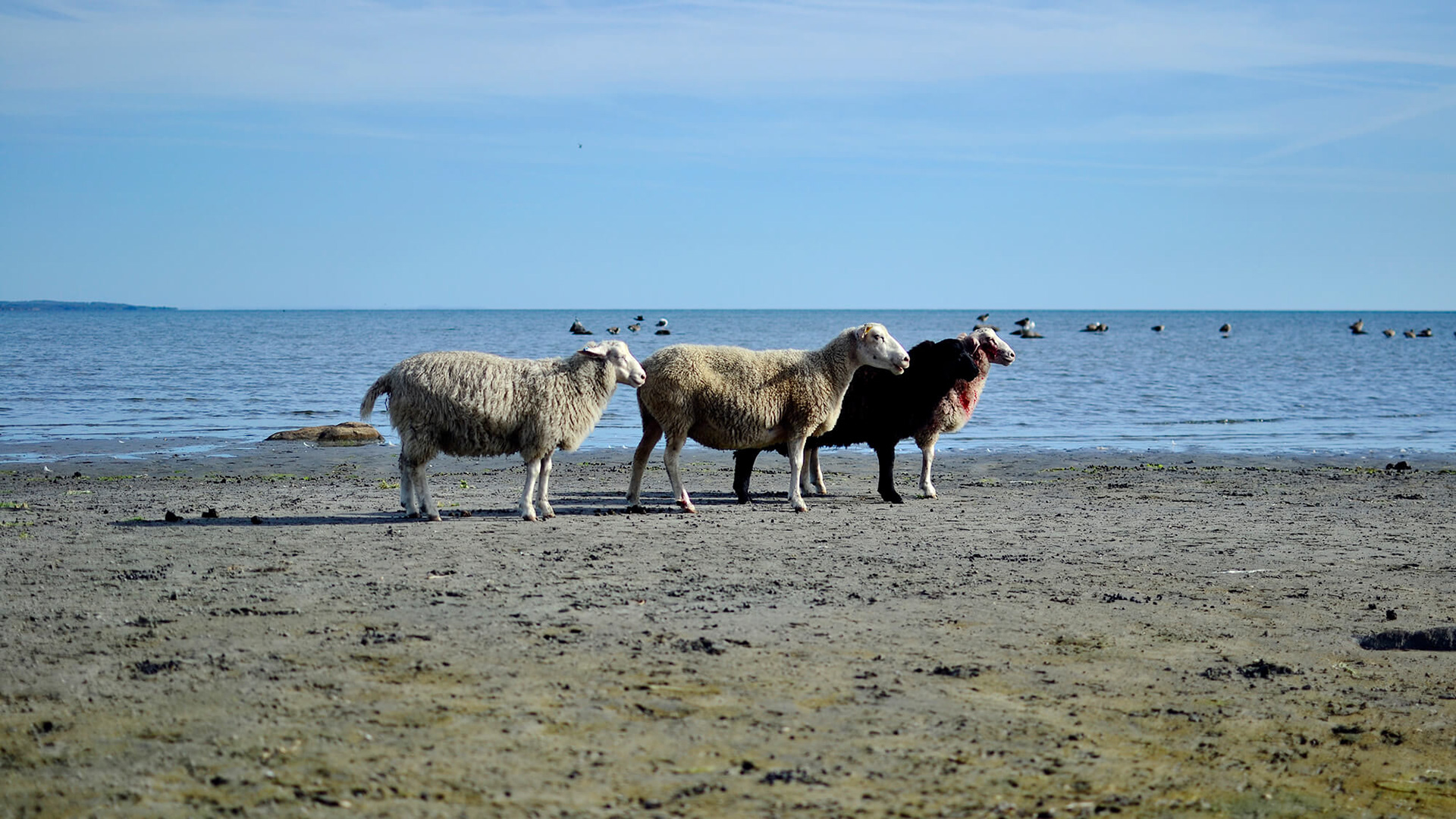 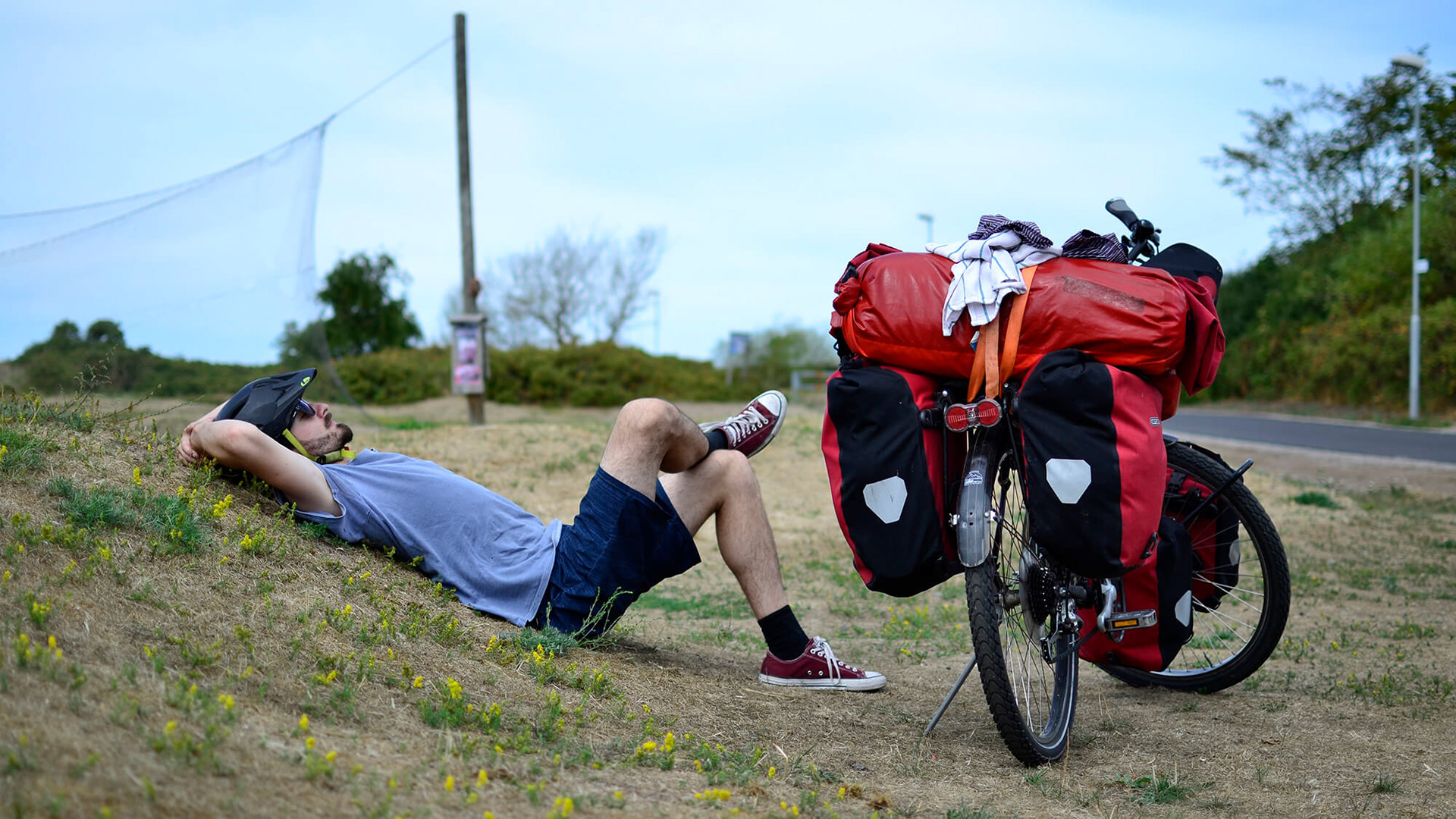 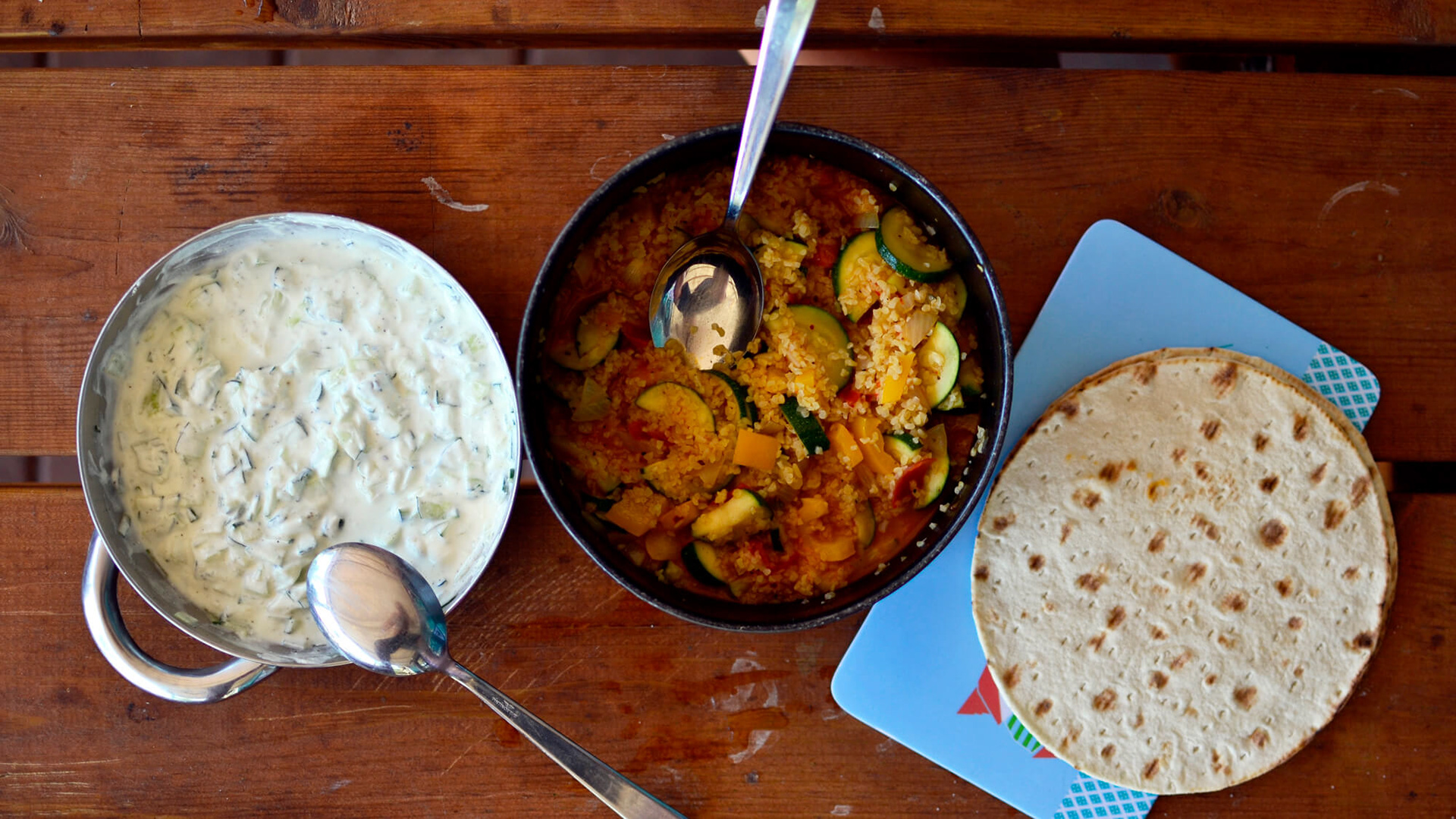 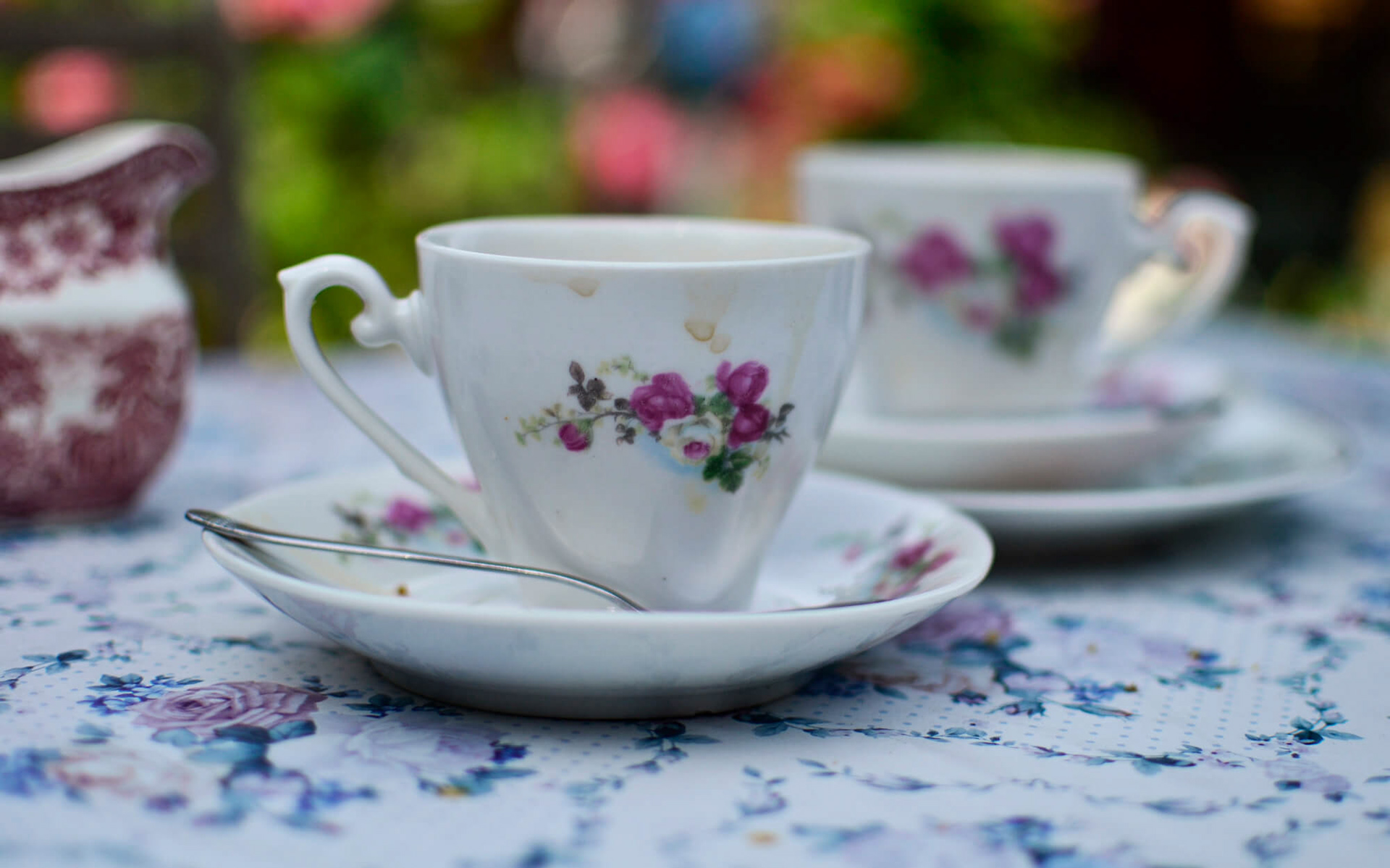 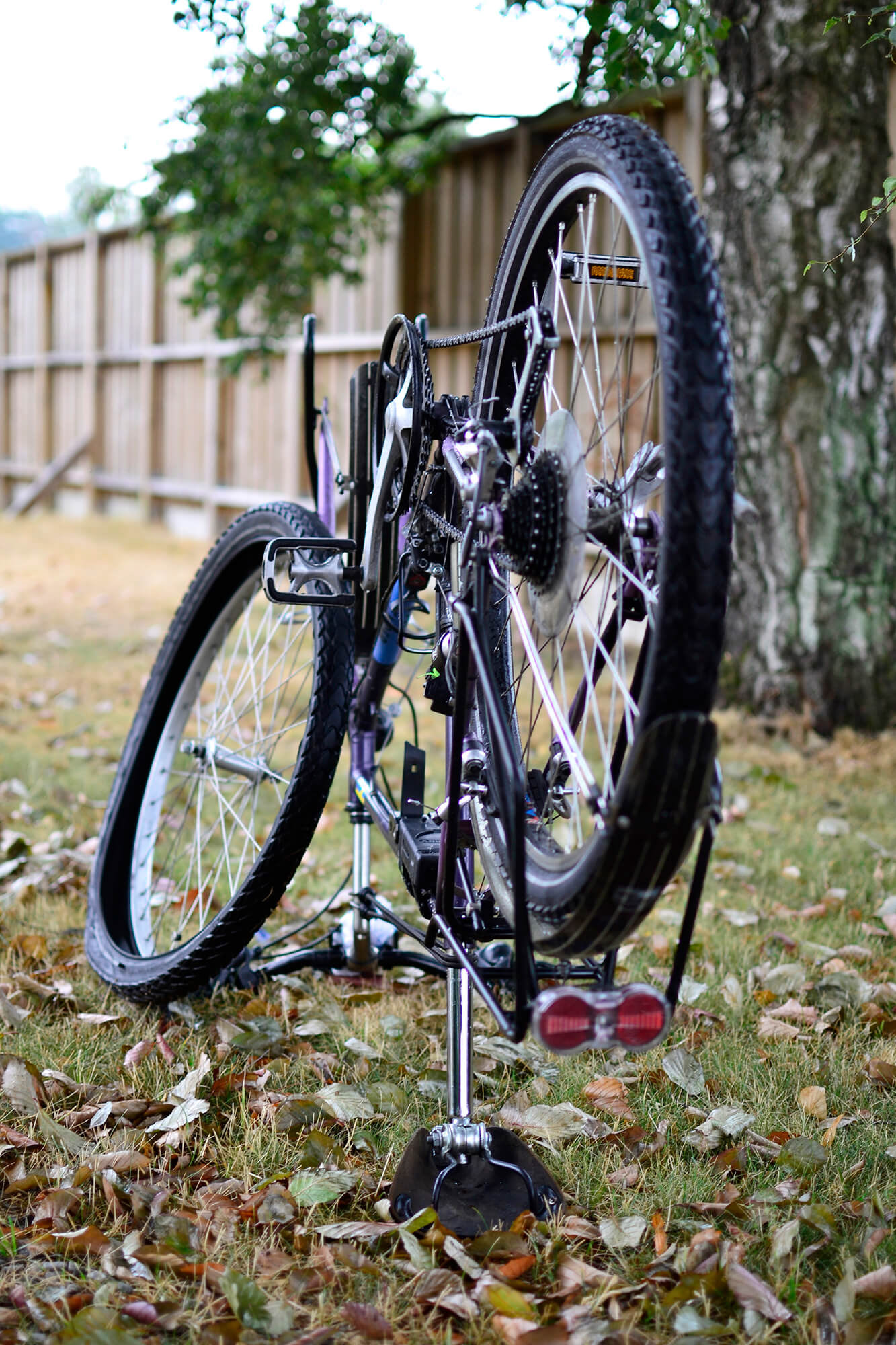 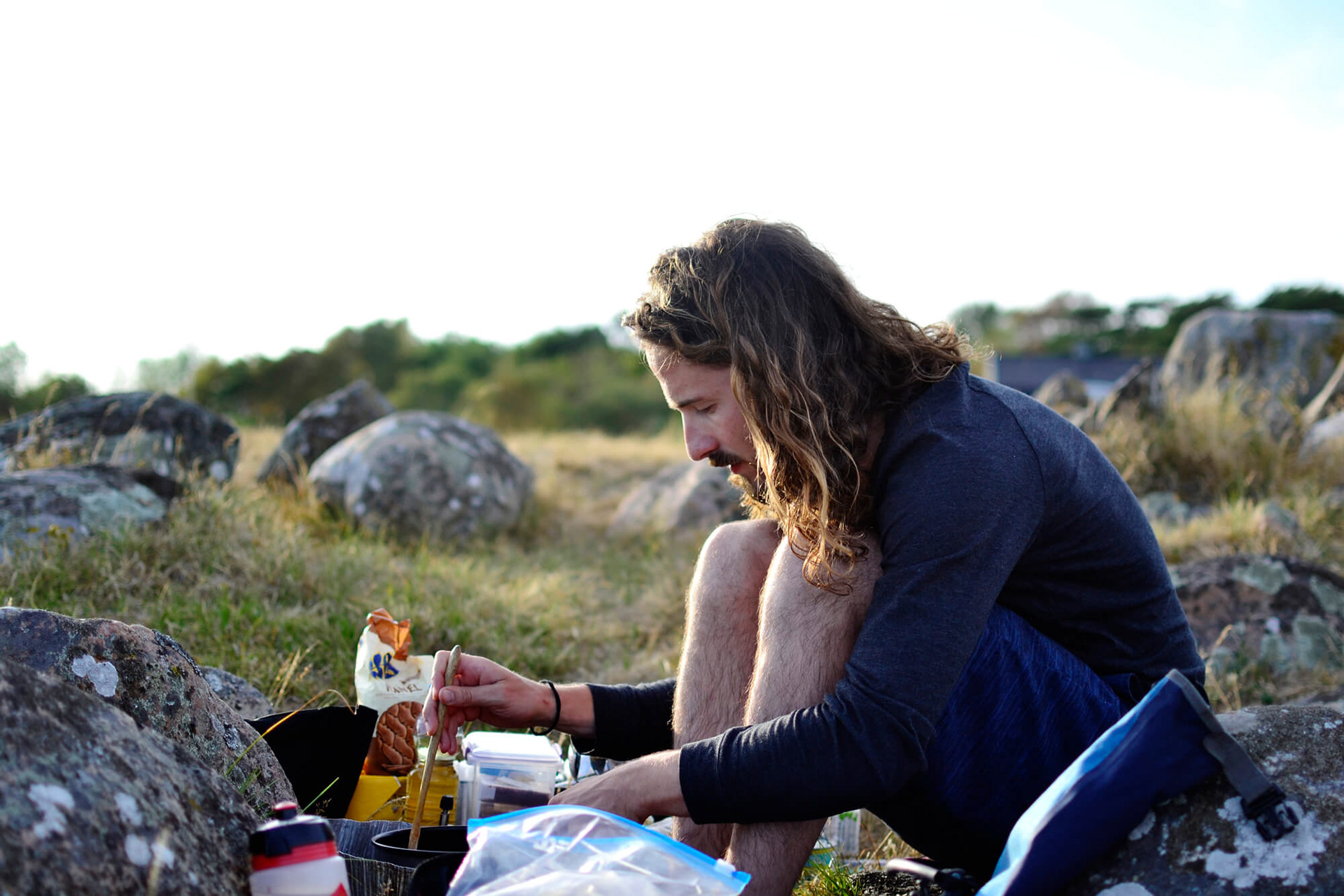 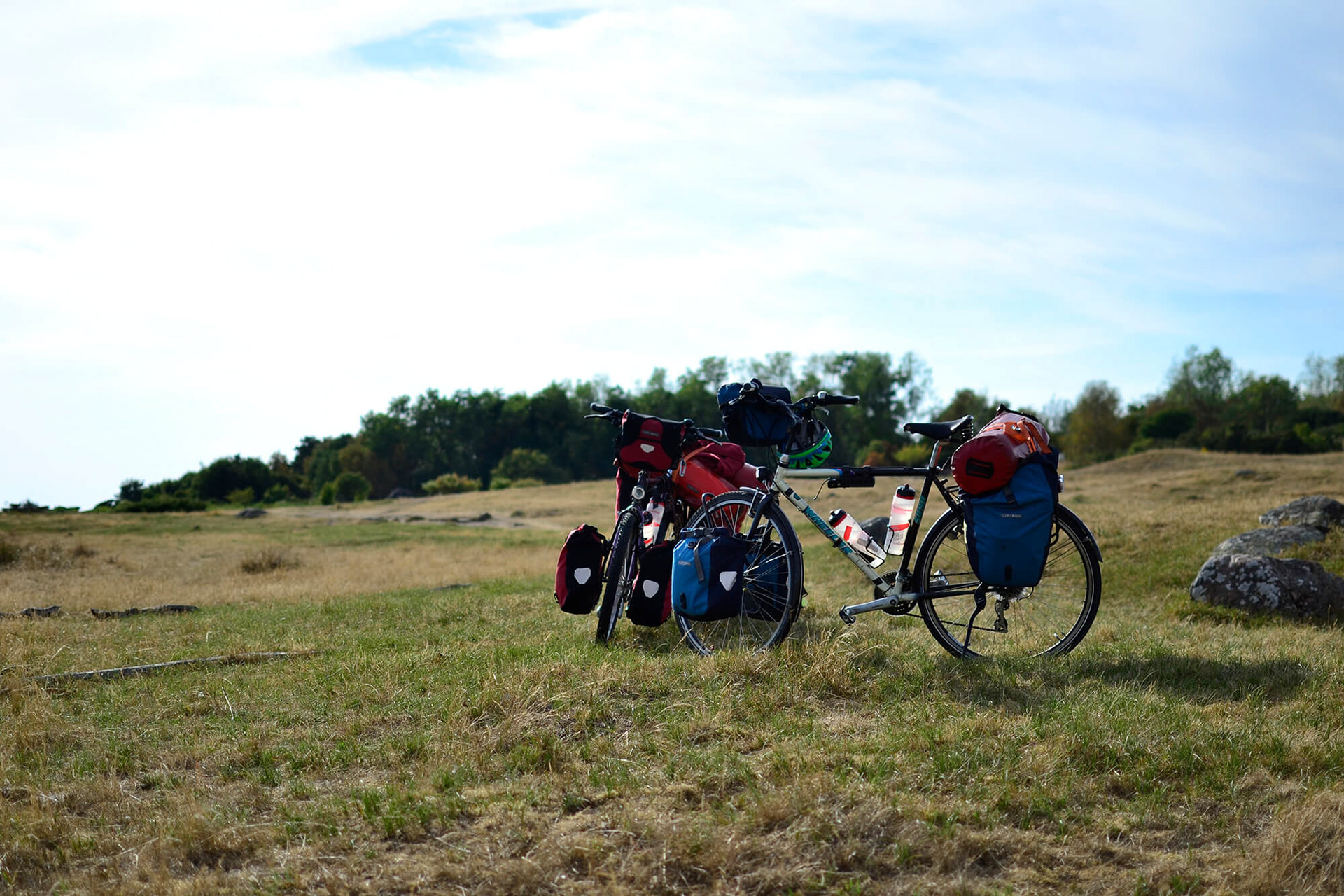 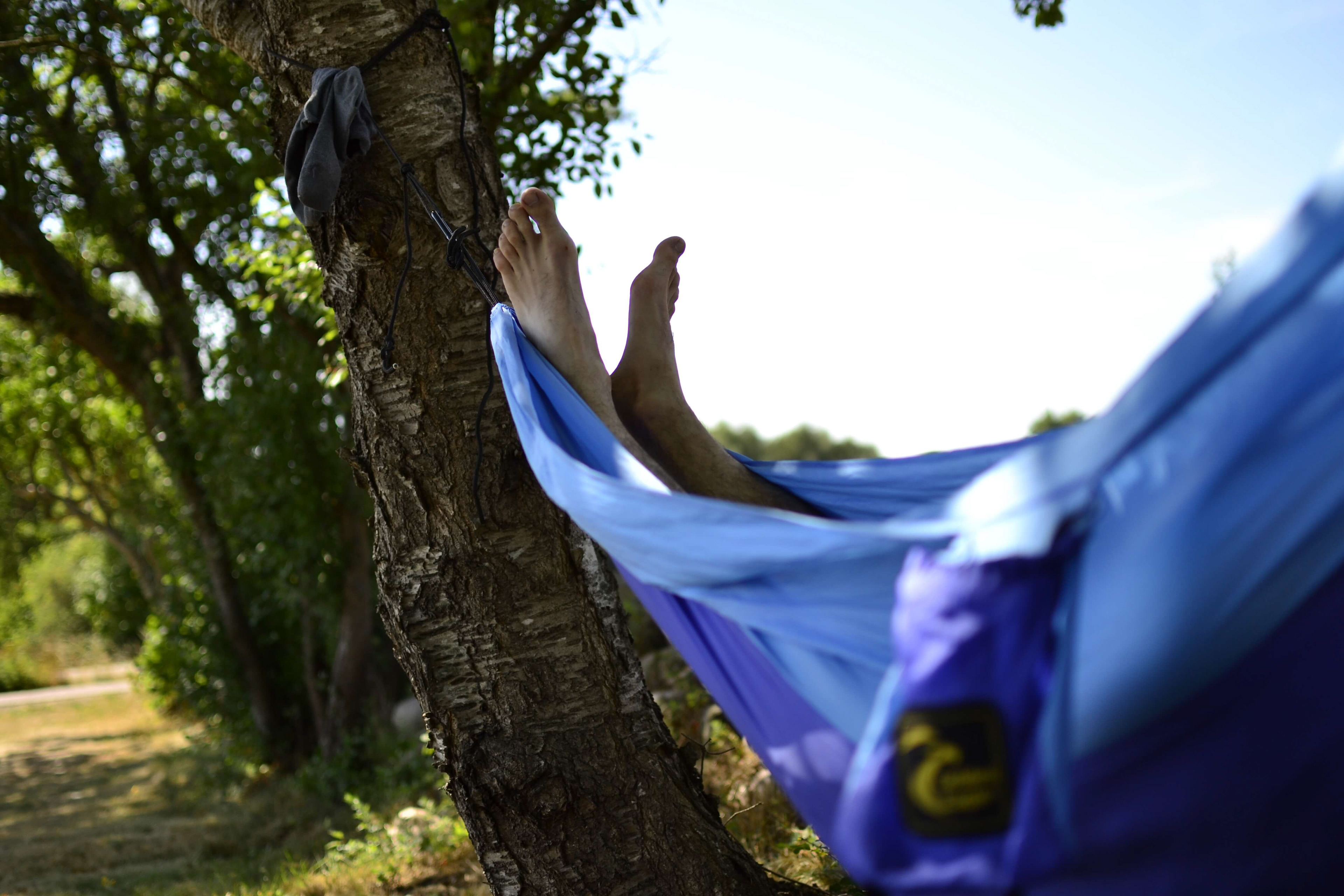 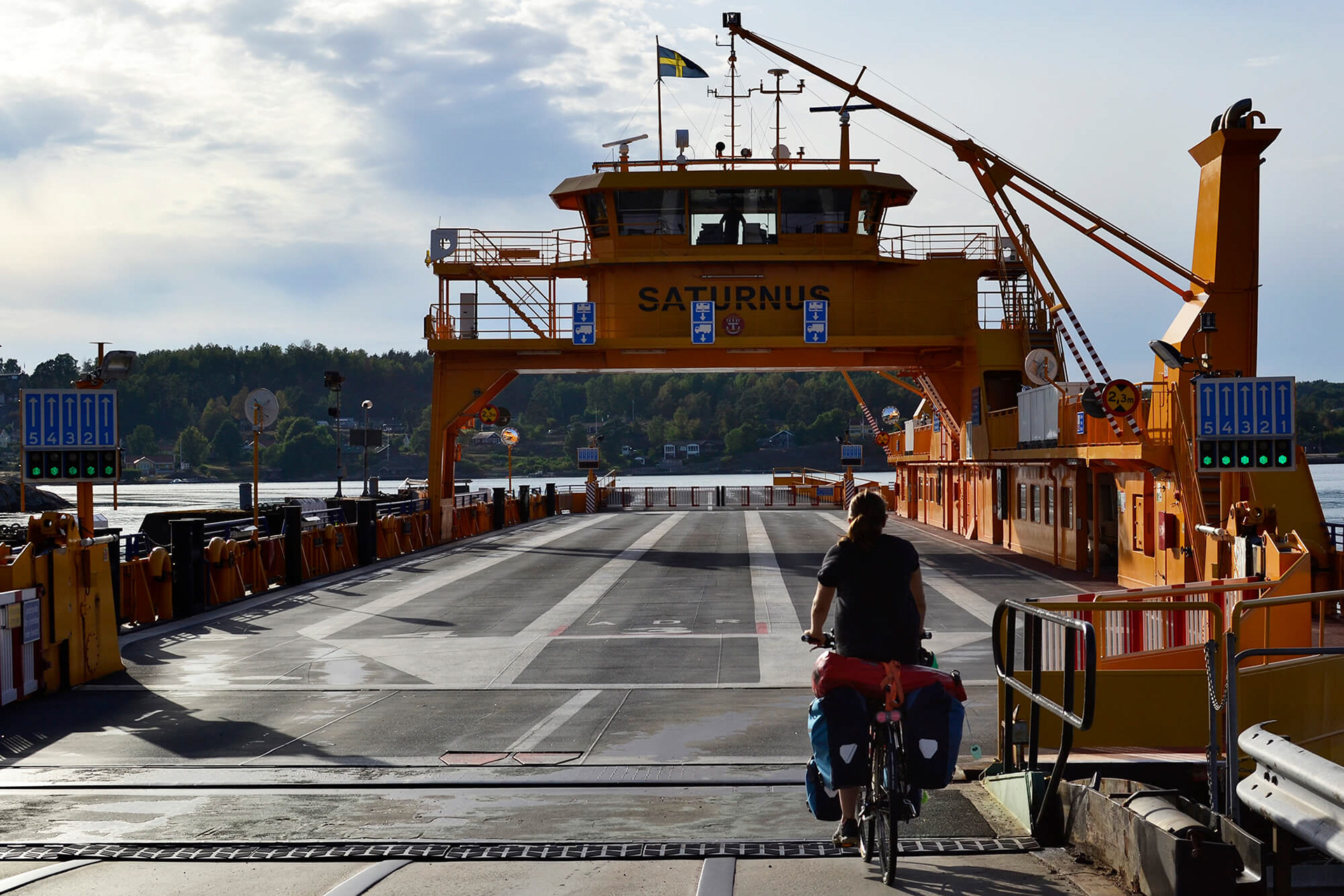 Norway
Shortly after, a heavy rain shower hit us, but we found shelter in a small café »the lille kokosbollefabrikken«, which fortunately also sold homemade chocolate kisses – a typical Scandinavian dessert. Surprised that we couldn't drink the very strong coffee black, one of the owners went to the supermarket across the street in the pouring rain to get a bottle of milk for us. With an overdose of sugar and caffeine we were flying to the ferry, which took us across the Skagerrak despite strong winds. We were now on the Norwegian part of the Scandinavian peninsula and drove into the Norwegian mountains.
On the route towards Geilo, a skiing resort, which is located in the middle of Norway, the landscape became wild and the roads much steeper, which was quite a challenge for us.
In Ustaoset, a small mountain village, we spent three nights relaxing in a small AirBnB, which we shared with two other couples and several sheep. The break from cycling felt good and we took advantage of the nice weather by hiking to a nearby high plateau. 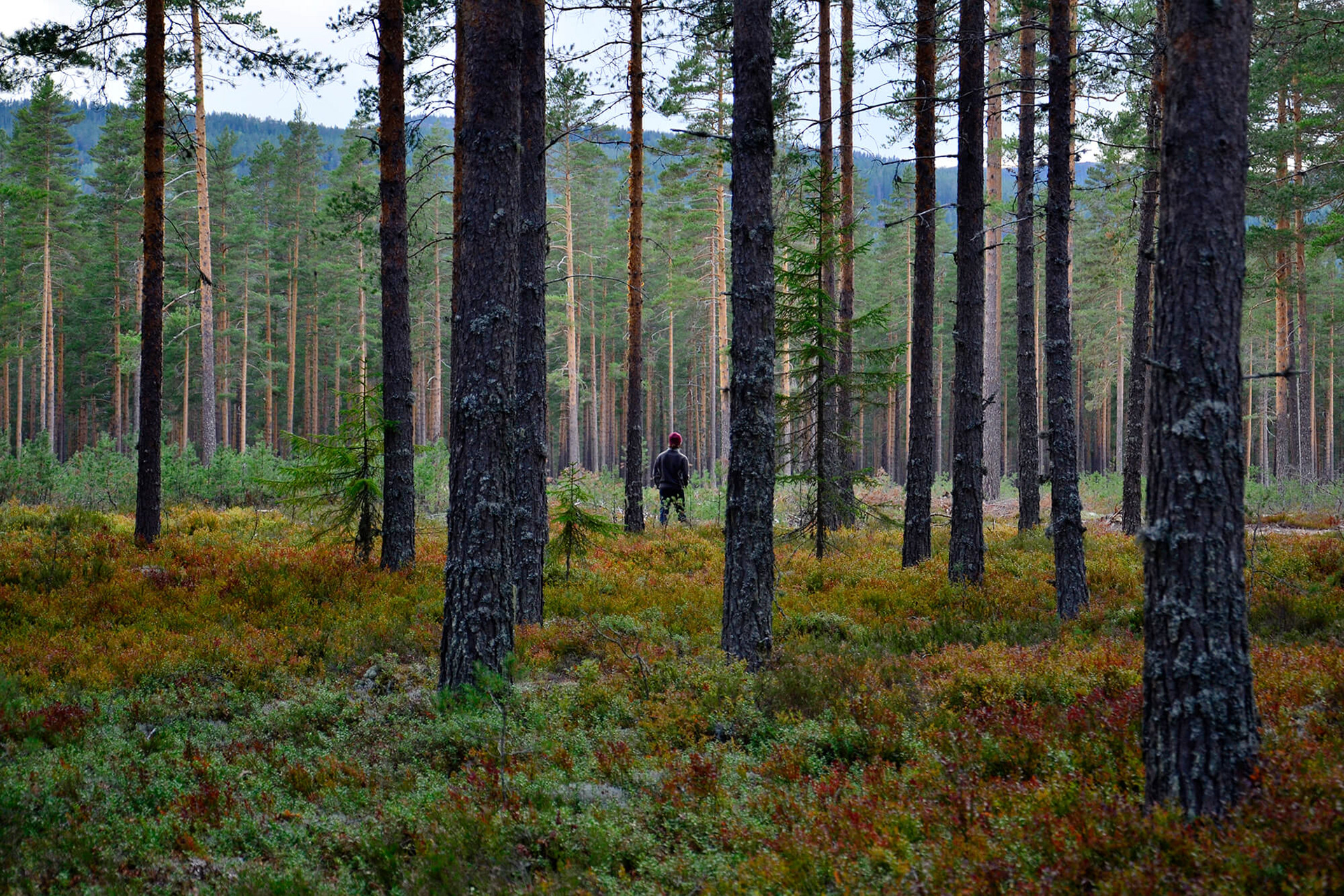 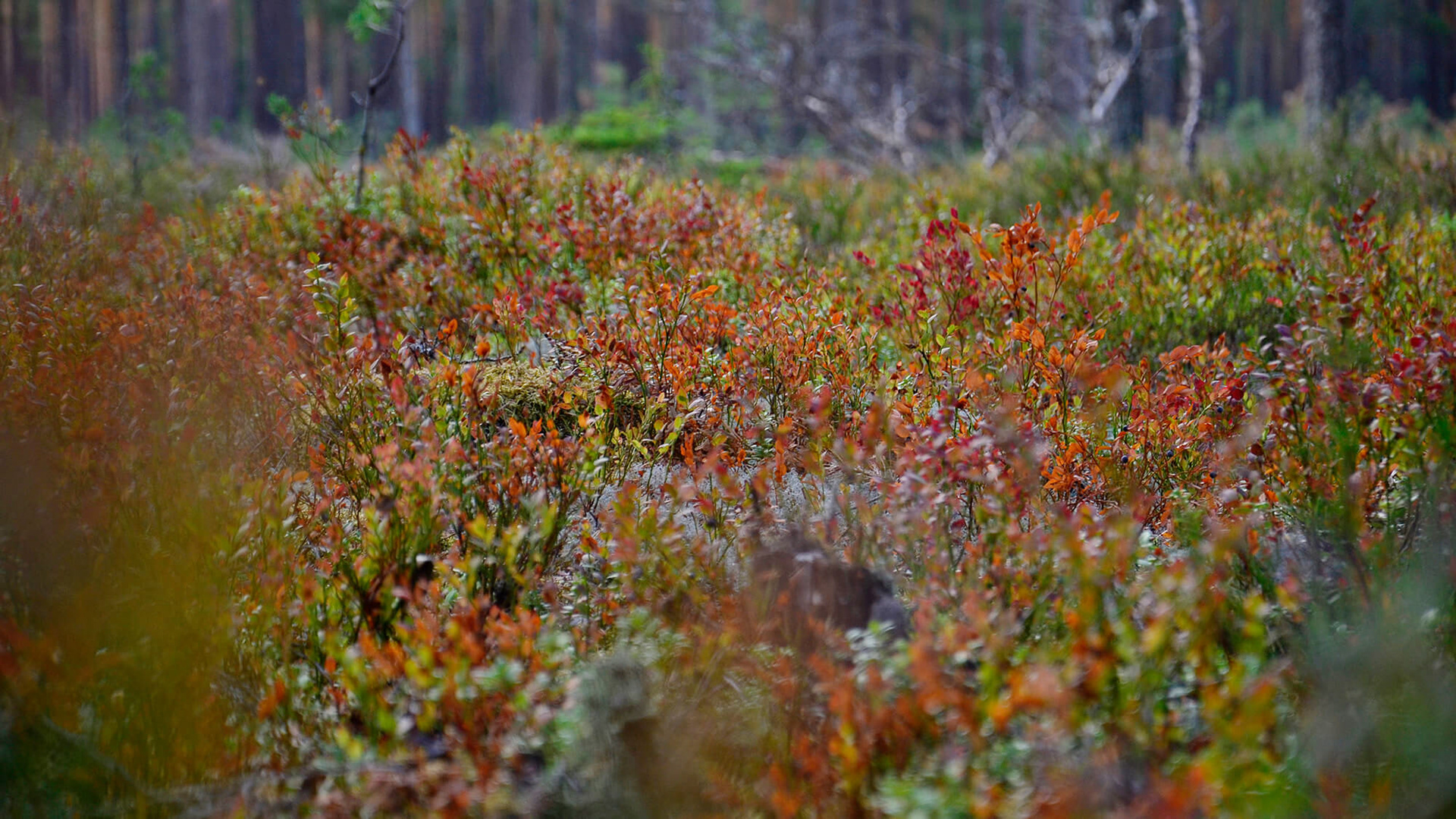 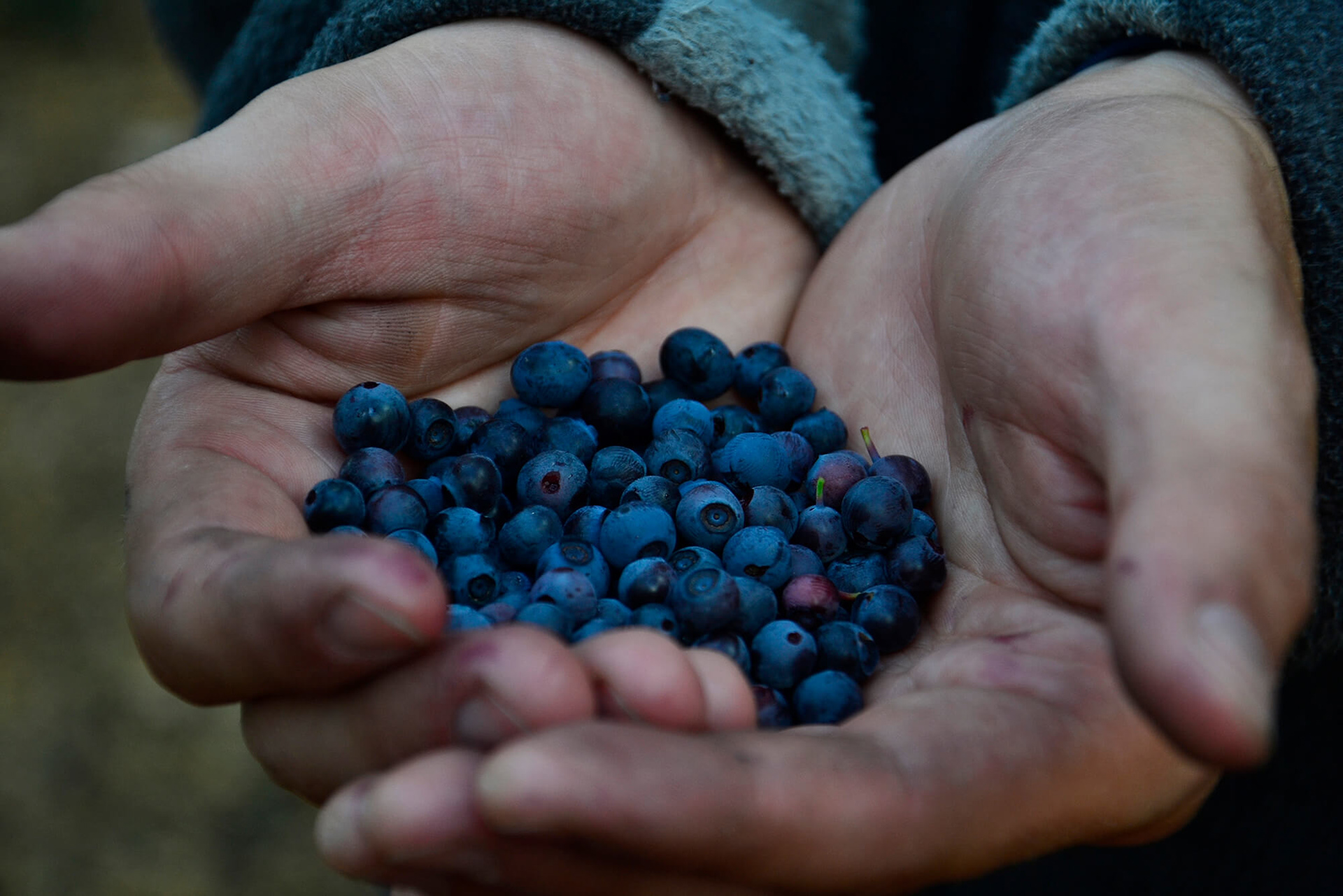 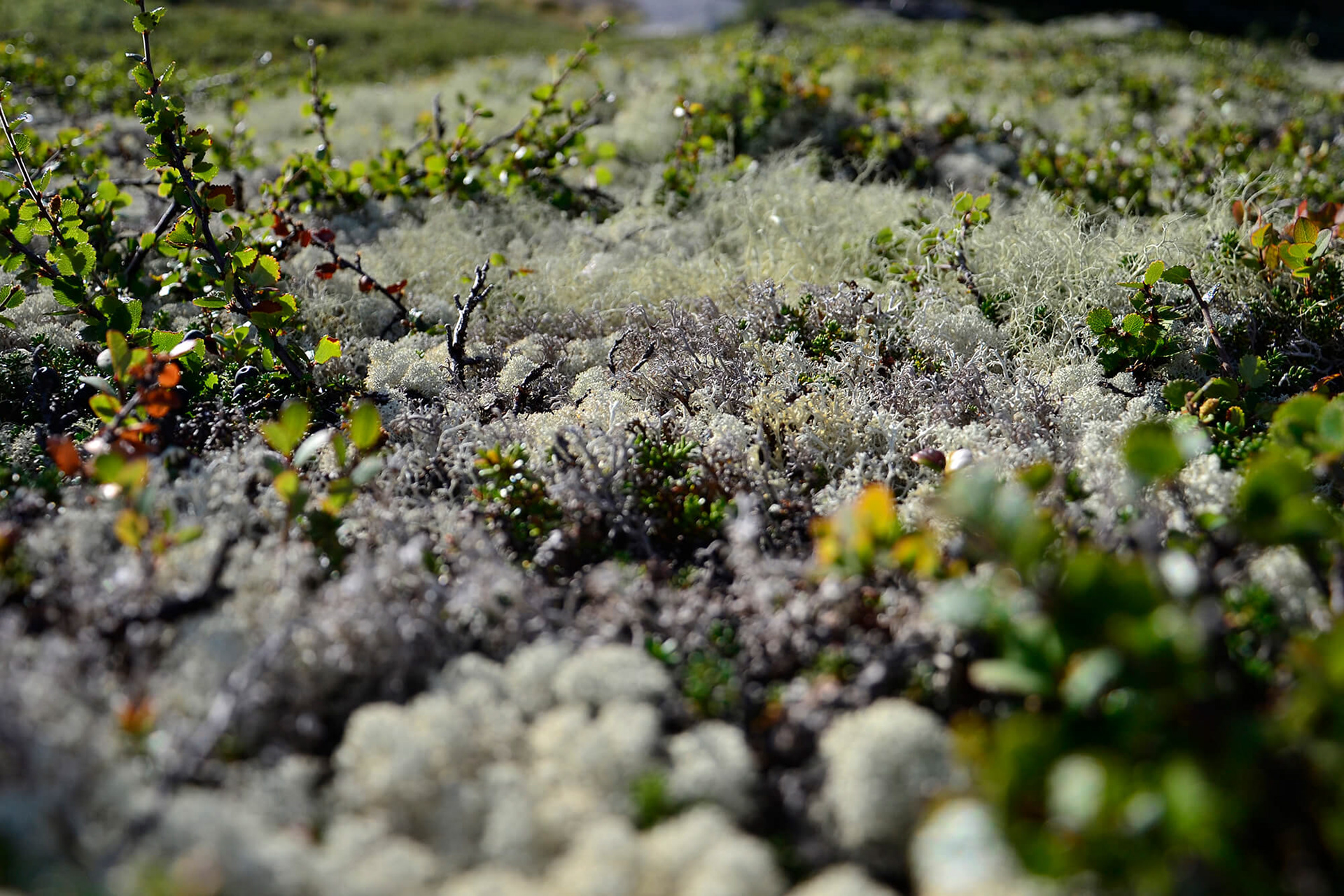 Afterwards we drove on to the »Rallarvegen«. It was originally built to help with the construction of the railroad line between Oslo and Bergen, and is now one of Norway's most popular cycling routes. It winds its way 82 kilometers along snow-covered mountains, past spectacular waterfalls and offers breathtaking views. Since it rained almost continuously in the meantime, we had the trail practically to ourselves. The partly very steep gravel slopes took our heavily loaded bikes to their limits.
Shortly before the end of the »Rallarvegen«, it rained so badly for many hours that in the evening, soaking wet, freezing and totally exhausted, we found ourselves in the reception of the only hotel in the area and got a room. Since the hotel's drying room was already completely overloaded, we quickly rearranged the furniture in our own room – a floor lamp is a great way to dry a wet tent! The next day the rain had fortunately decreased and we rode 17 kilometers down a steep descent down to sea level, past several waterfalls, and were joined by a herd of goats. 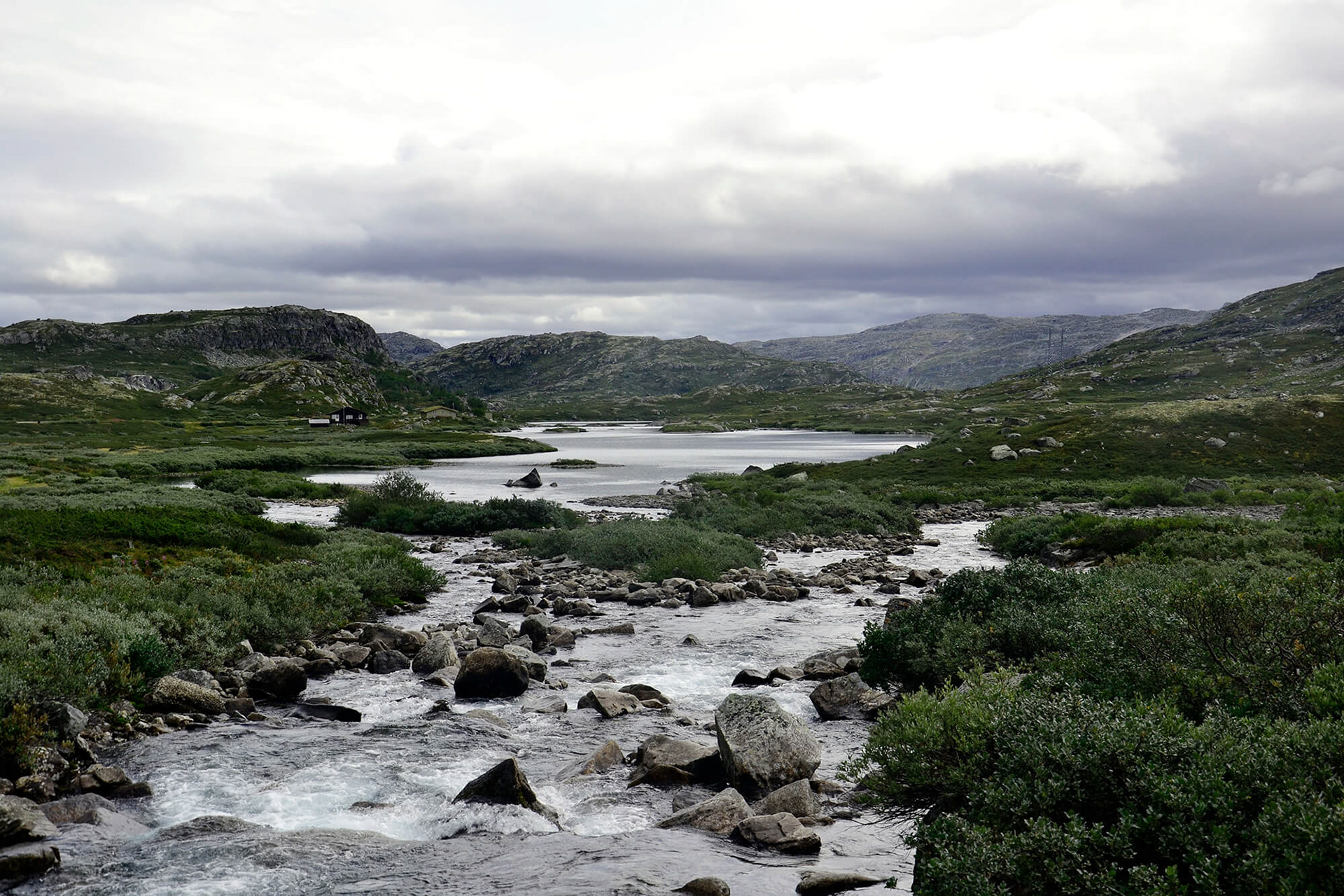 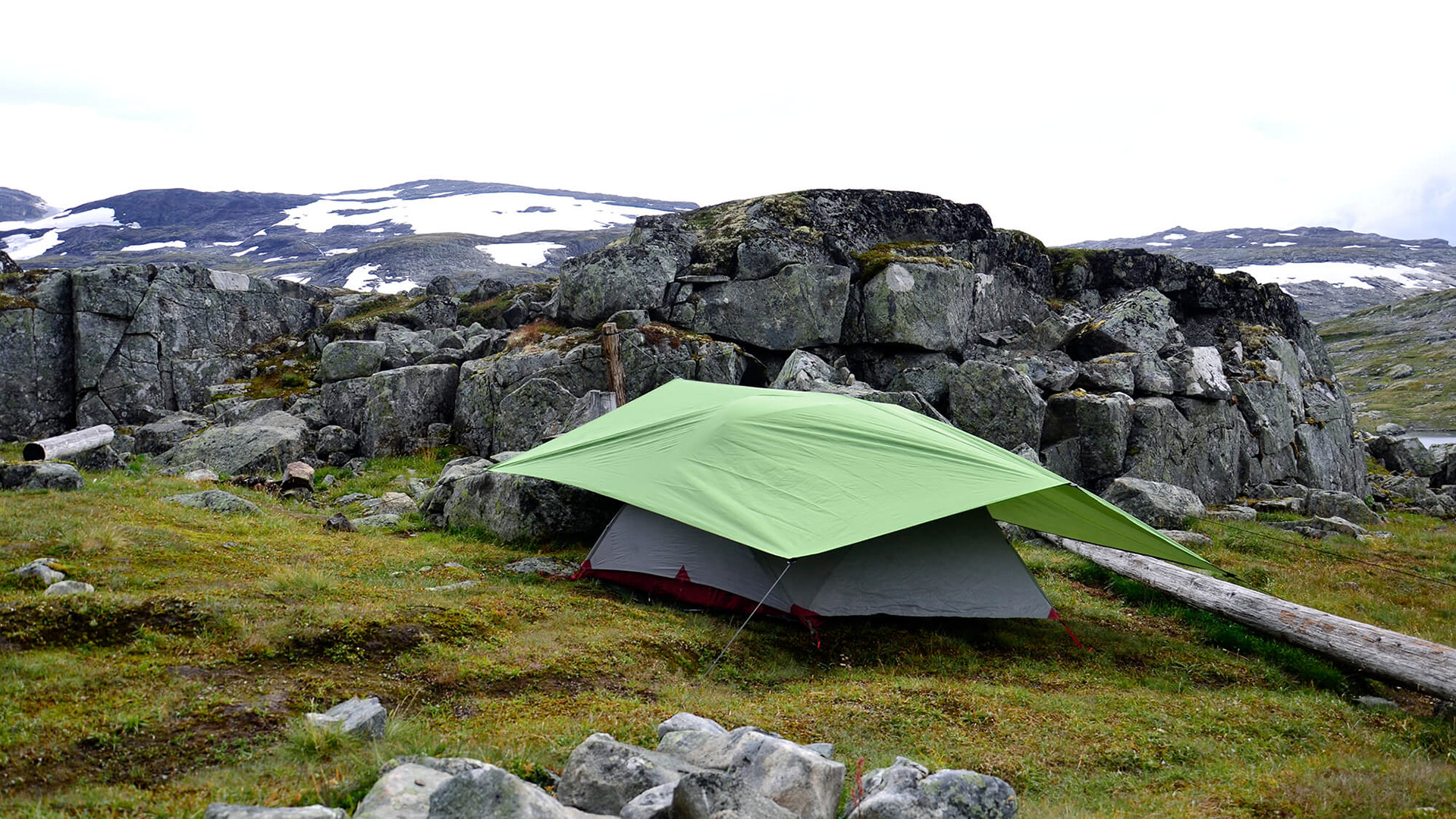 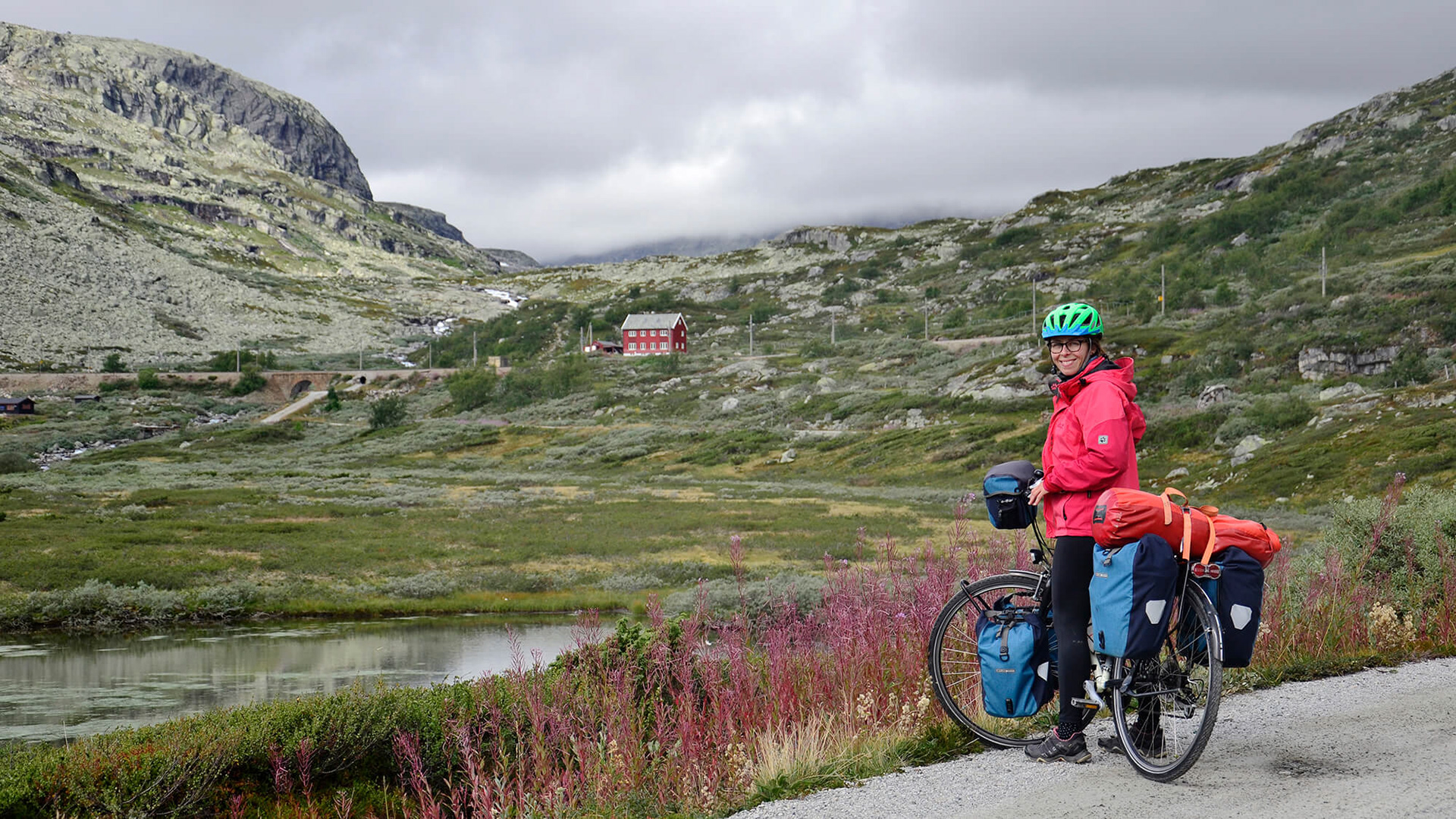 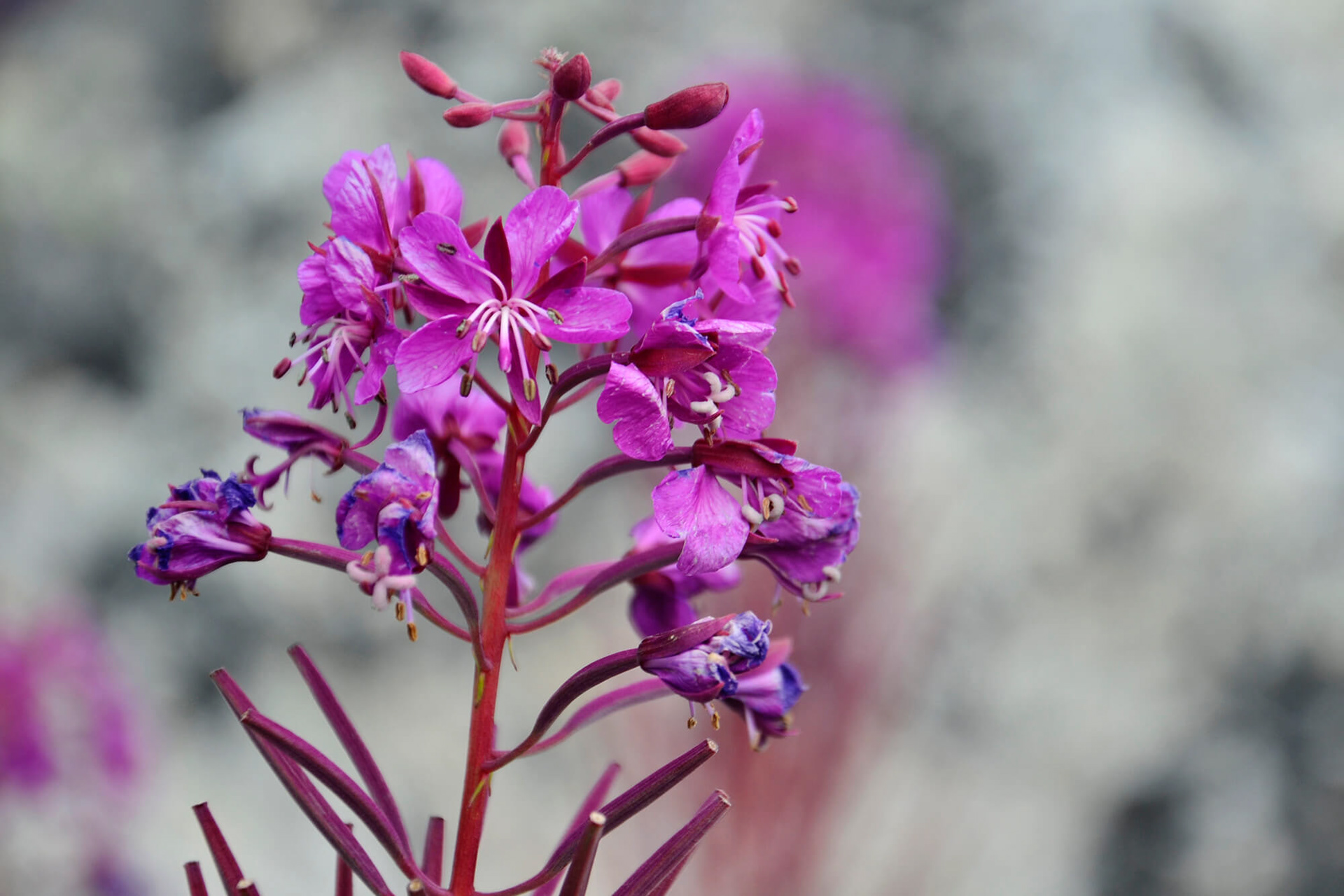 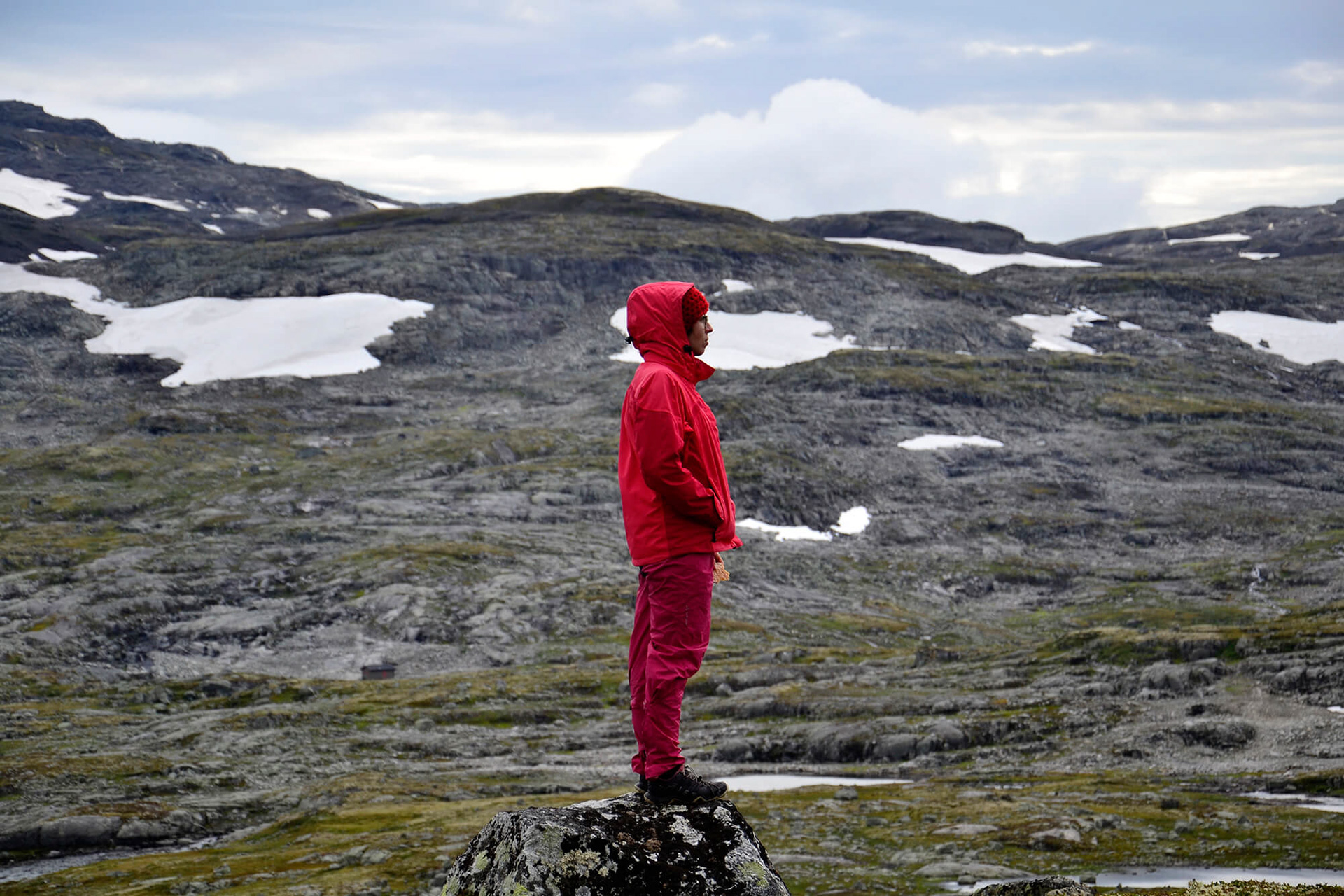 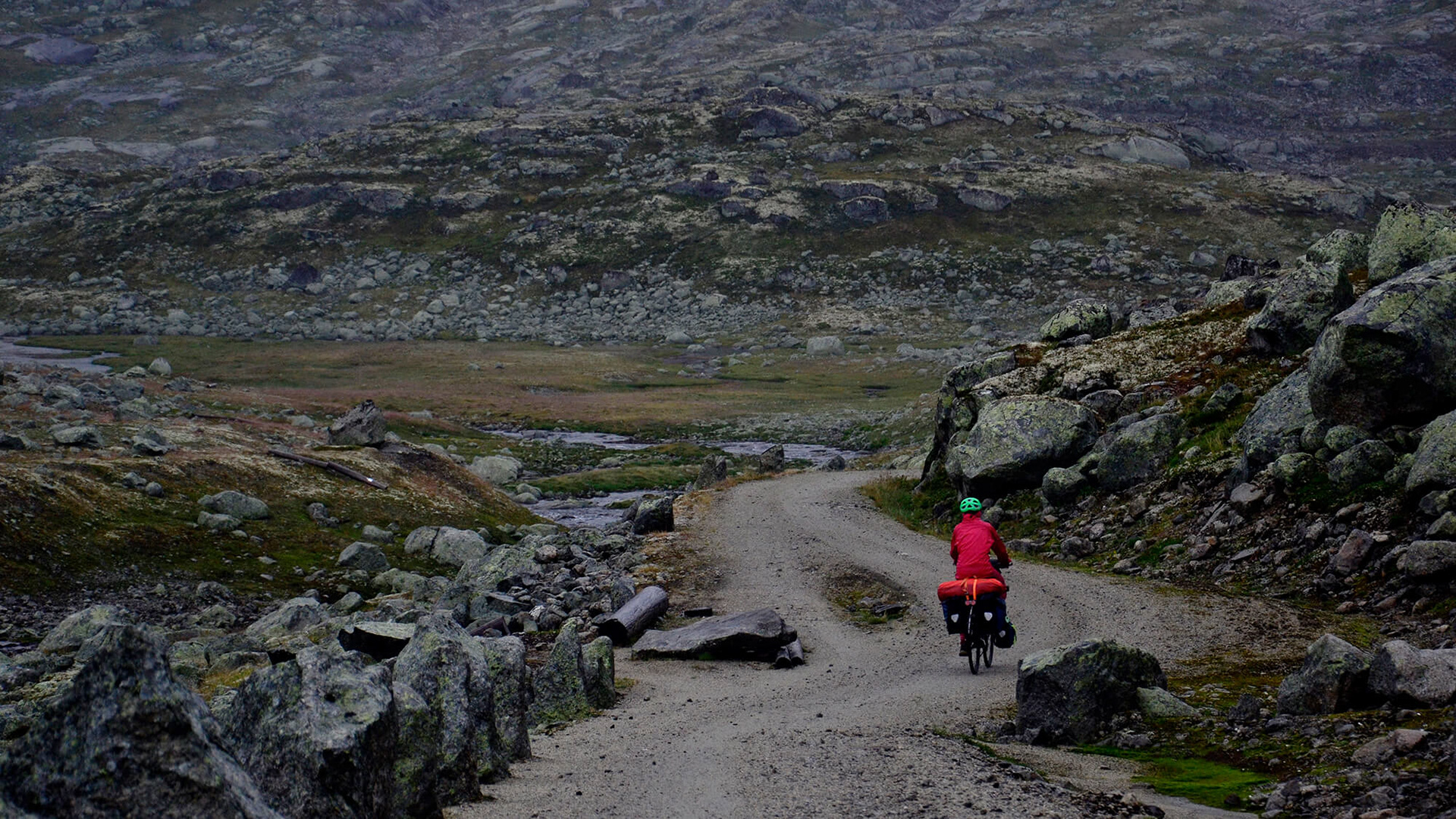 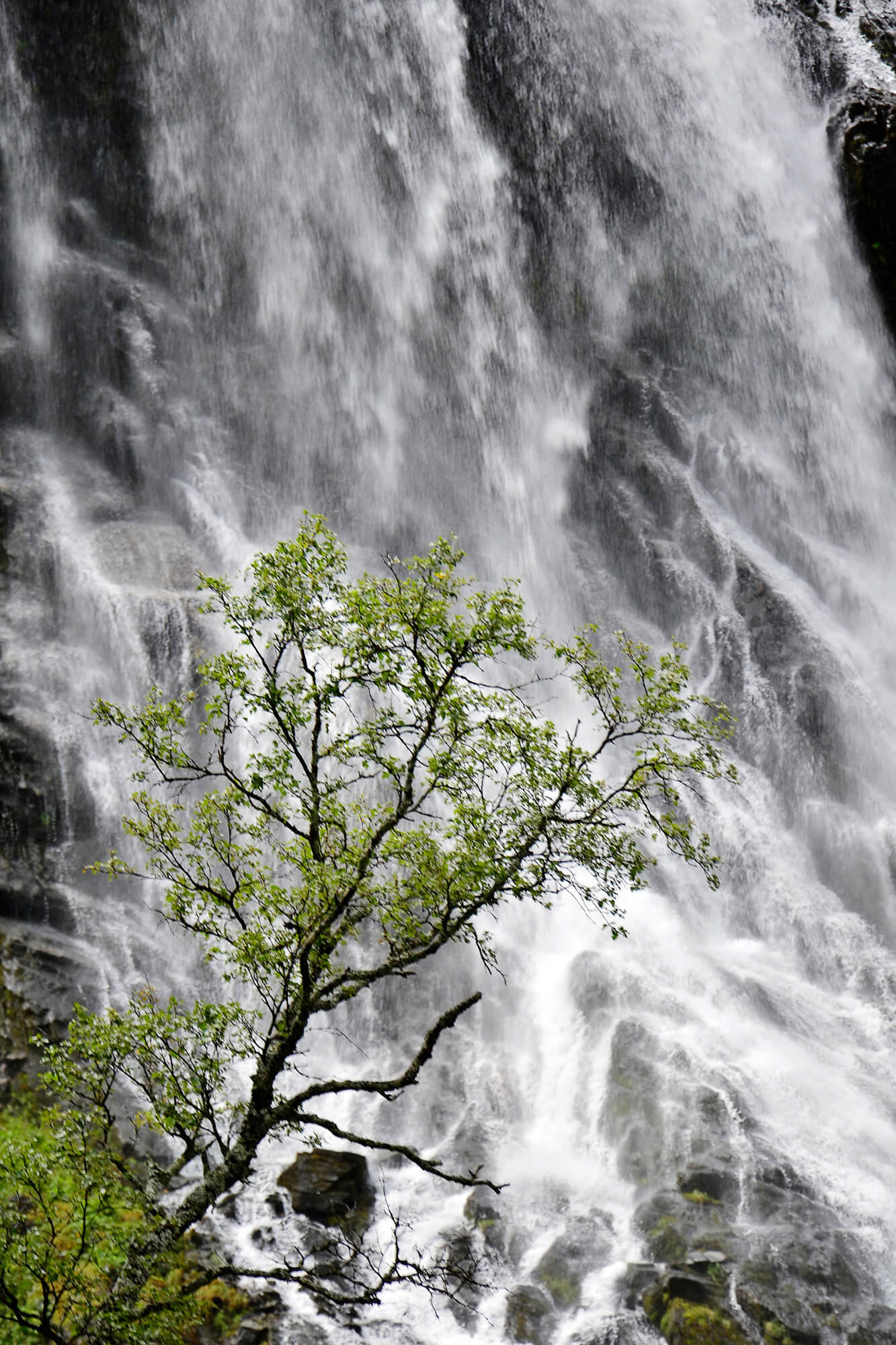 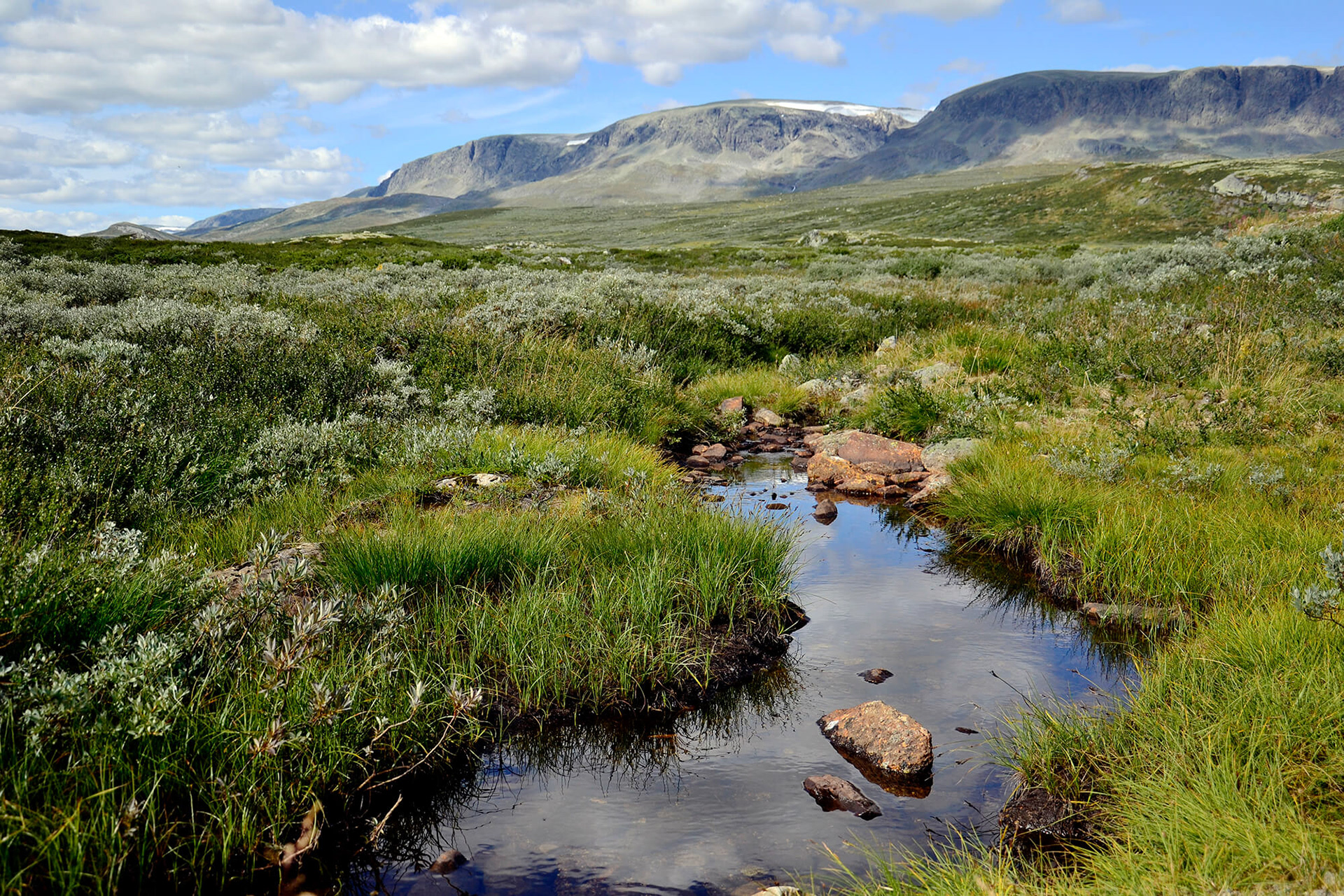 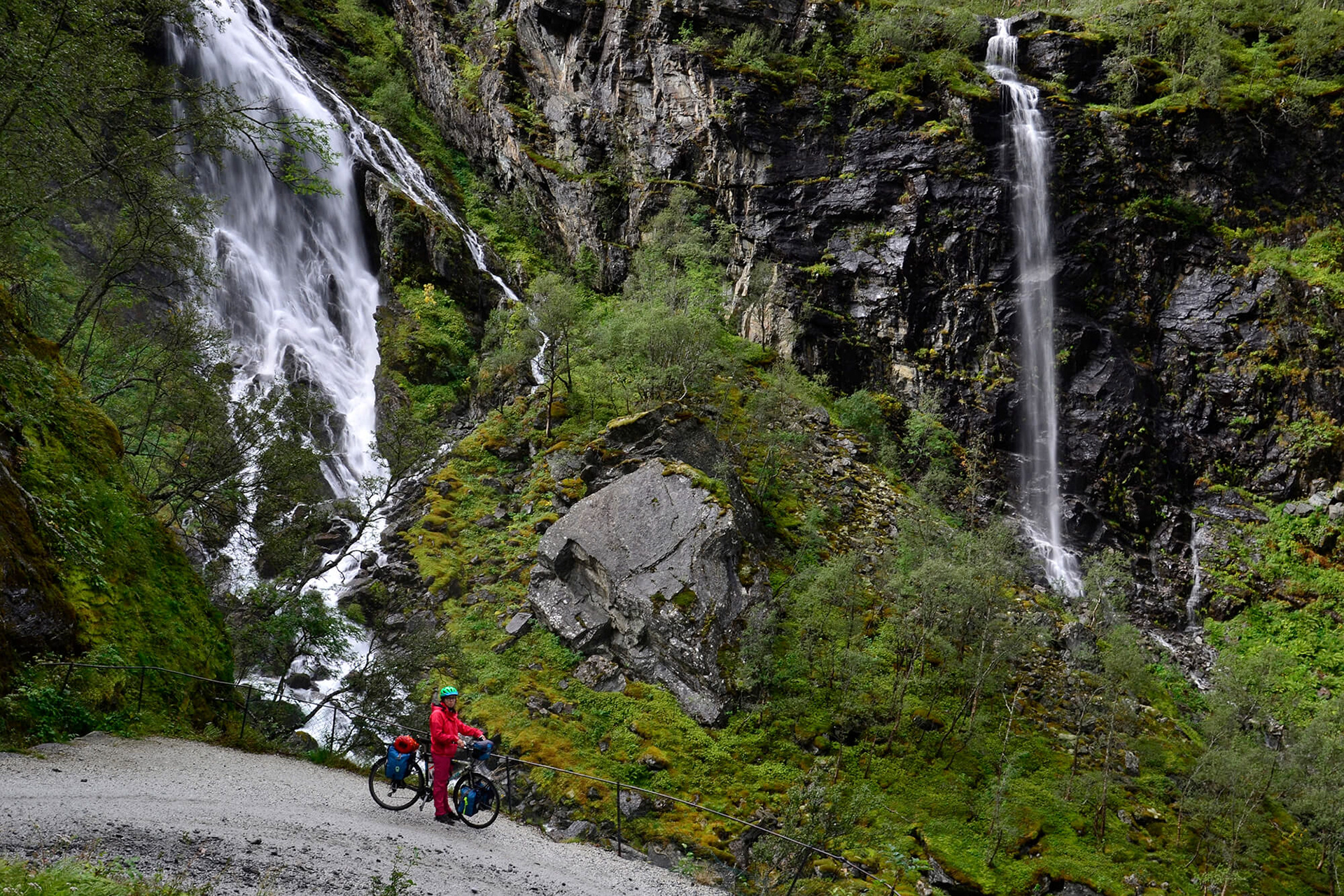 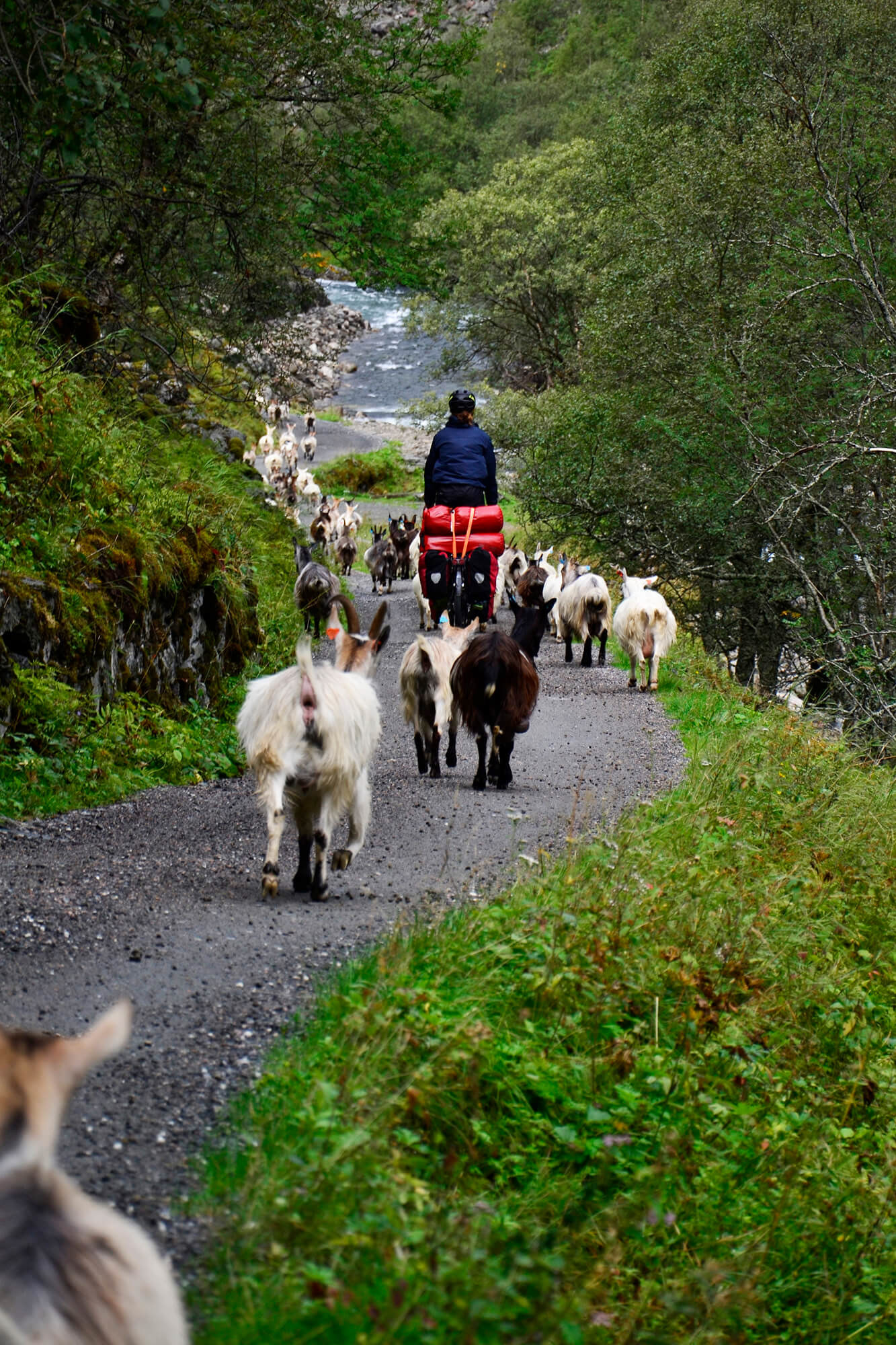 To compensate for the longer stay in Ustaoset, we decided to travel the remaining 170 km from Flåm to Bergen by bus. Since the bus was a little delayed, the bus driver even offered to carry our bikes for free. Bergen welcomed us, as probably any visitor, with rain. While exploring the old town we felt quite overwhelmed by the many tourists, especially after the last weeks in solitude. So we decided to stay on a tiny island: Møkster. We enjoyed the great hospitality of the very few inhabitants, walked around the island and gave a try at mackerel fishing. After the busy Bergen, Møkster was definitely the right choice. It deeply touched us with its surreal and rough beauty and rounded off our time in Norway perfectly. 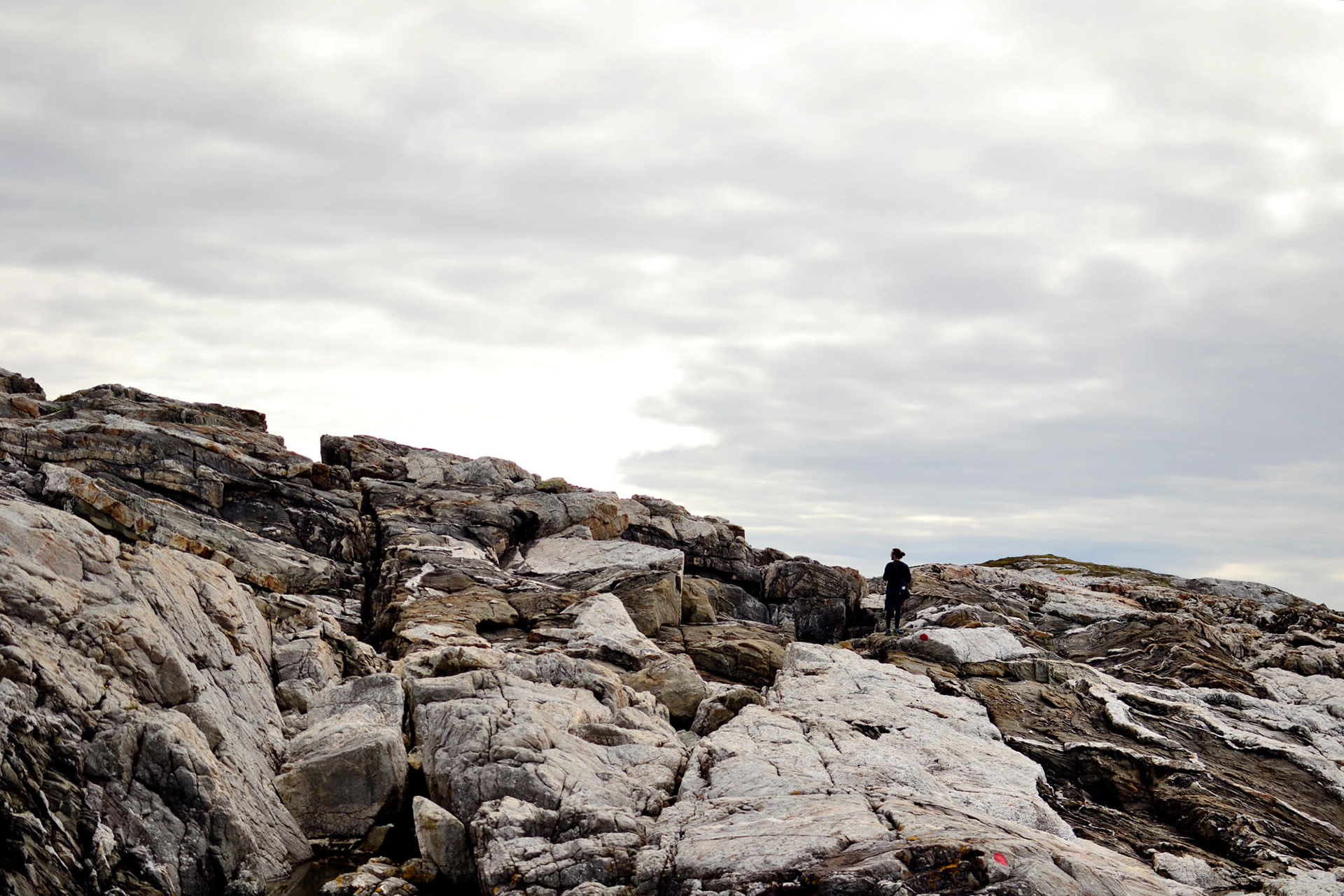 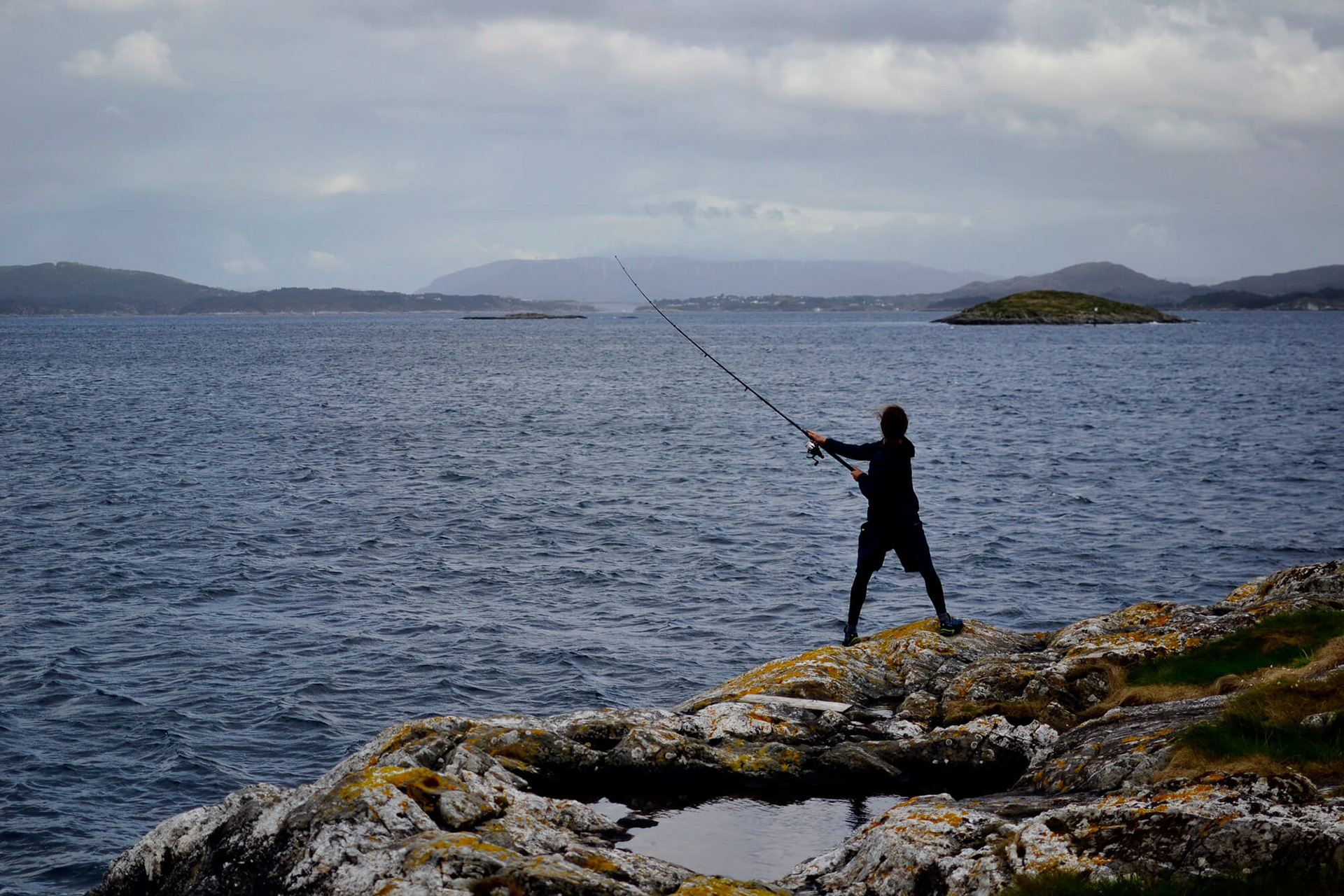 Denmark
After the beautiful days on Møkster we used the ferry connection from Bergen to Hirtshals, Denmark. From there we followed  the North Sea Cycle Route again, and then cycled to Aarhus. Several times the cycle path took us straight across wide, bogged down beaches on the Danish coast, and our bikes did not fear the contact with the sea water. It is also worth mentioning that wild camping in Denmark is not as easy as in the other Scandinavian countries. There are, however, countless official resting places, so-called "shelters", which are often equipped with small wooden shelters, many times even with access to water and firewood (best found at: www.shelterapp.dk).
After a last night in Aarhus, which we spent with our AirBnB host and her roommates, we took the FlixBus back to Southern Germany. In total we cycled about 1200km.
Compared to our first tour we had a tighter schedule this time. We still had a wonderful time, but the freedom was not comparable to the completely open feeling of the first tour. 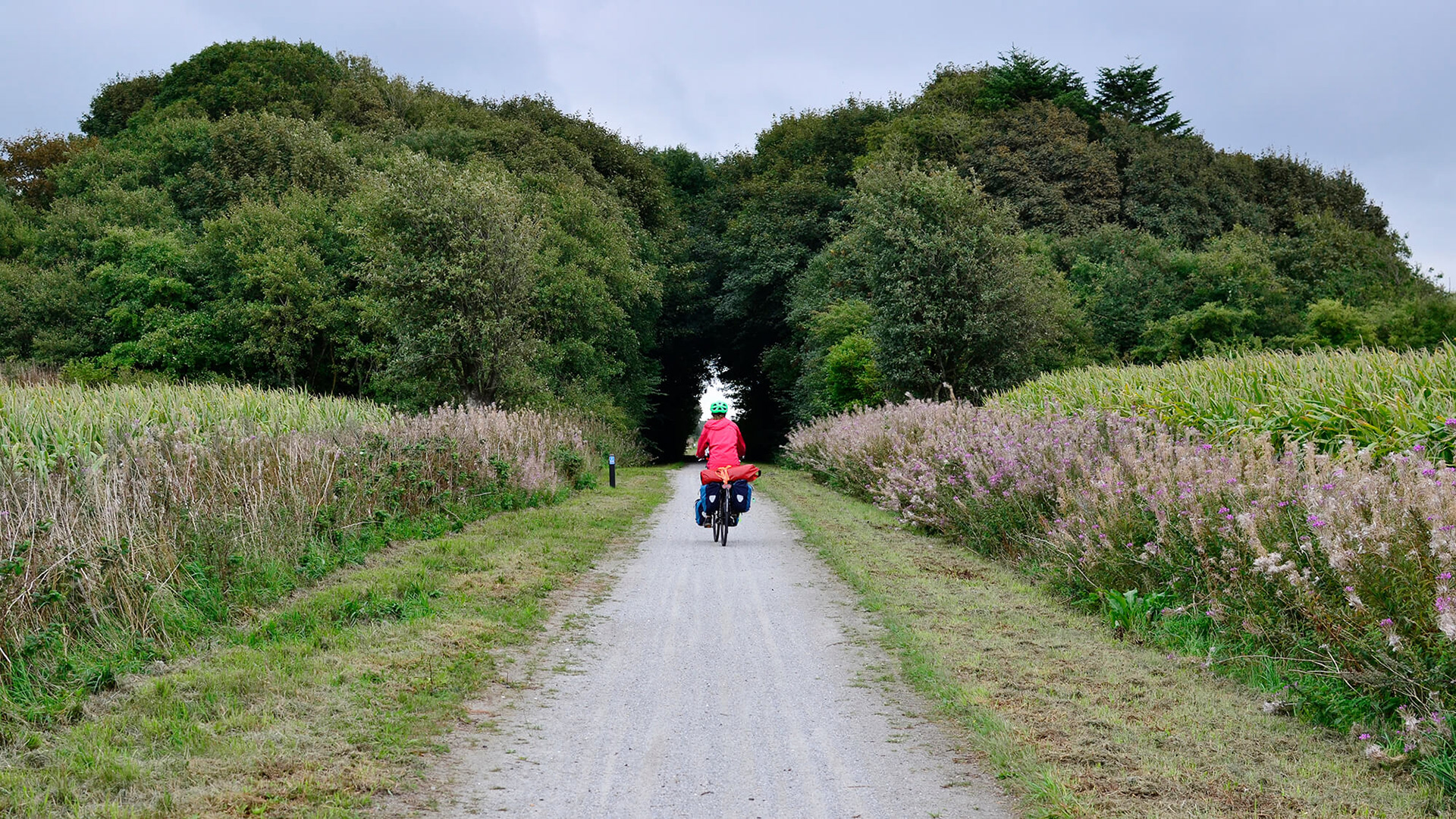 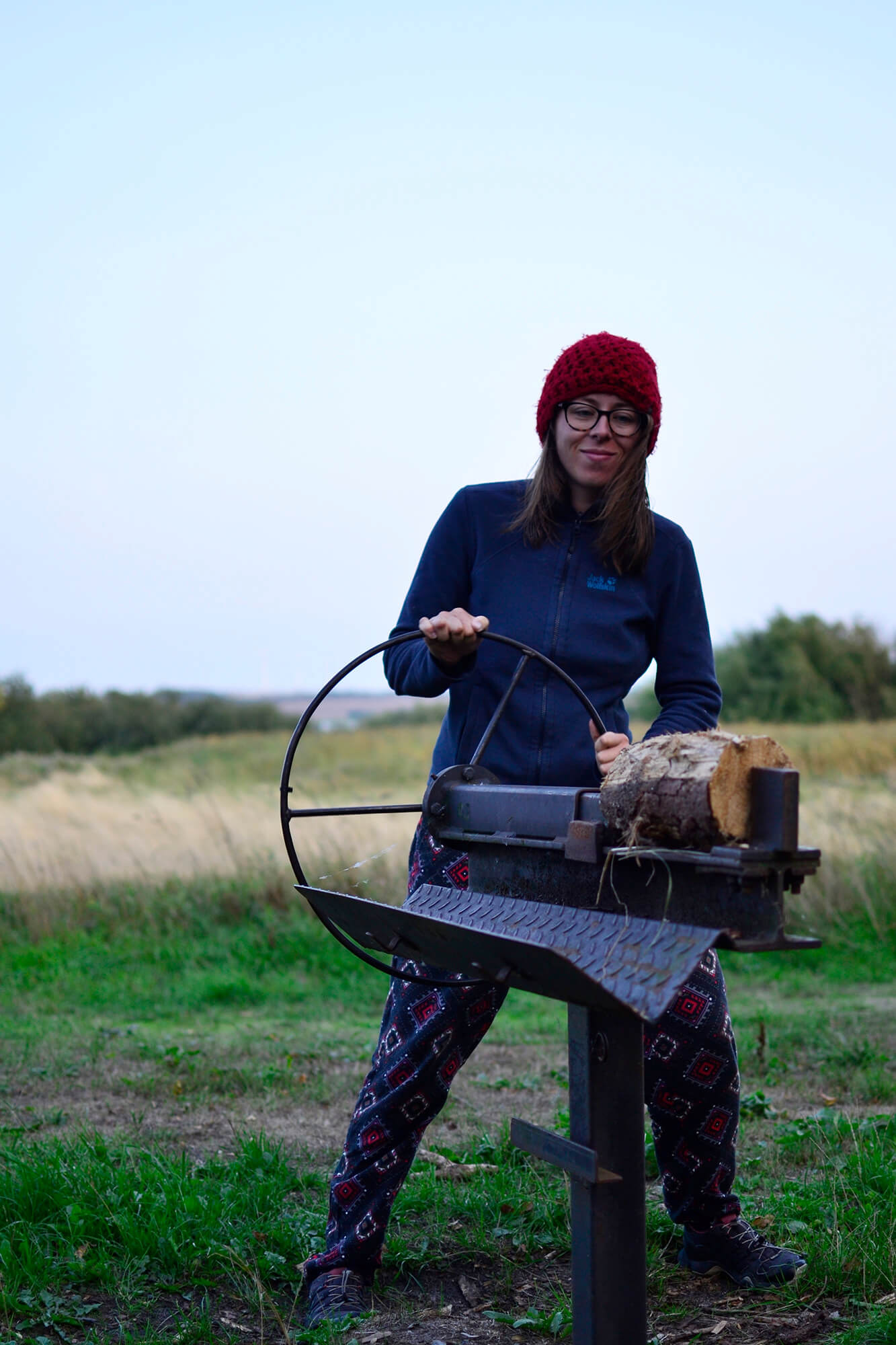 On the Road
↑Back to Top